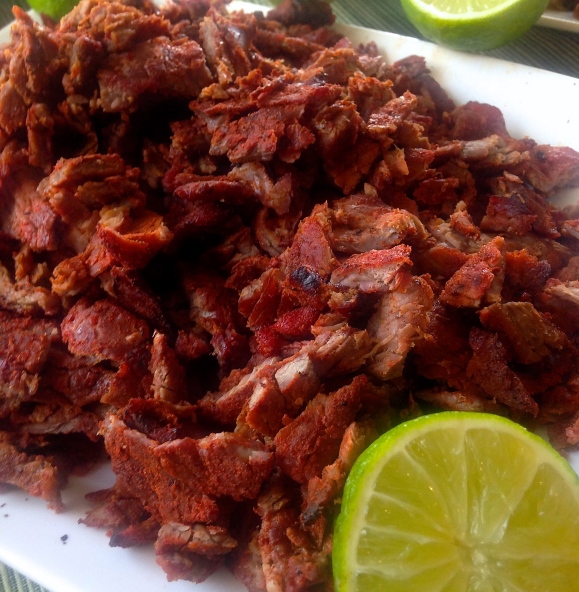 My mother is an exceptional cook. She grew up in a time and a city where families of European immigrants lived clustered together in neighborhoods named after their homelands. It became my stomach’s good fortune that “French Hill” happened to border “Italian Hill”. While the children were off to school and the men off to work, generations of women would cook their family recipes throughout the day in anticipation of their families return. It was the smells of the neighborhood that got my mother most hooked on food. She spent days with other peoples’ grandmothers learning the foods they had learned from generations past.

I didn’t spend much time in the kitchen with my mother growing up, I was too busy taking the fresh and delicious food we ate for granted to do that. It wasn’t until I had grown and moved out that my enthusiasm for food began to take shape. I did, however, learn through osmosis what amounts to a master class in food and family theory that continues to this day. Her excitement about other culture’s foods really stuck with me. I can’t eat or smell something for long without dissecting the flavors and learning to make some version of it. Like many staples in my family’s home, my inspiration for yesterday’s meal began in my neighbor’s kitchen. One whiff of their grill on my way out the door and I knew Mexican would be on the menu. While I won’t pretend to know an Abuela’s version of carne asada I’d like to think she’d enjoy it if she had some. You’re always welcome Abuela!

I’m almost to the point.

So yesterday we had the conference championship games for American football. These days have become informal holidays in the States, the bigger the game, the bigger the group. Friends and casual fans come out of the woodwork while we light our fires, cook our meats and yell at men dressed in stripes. Depending on your rooting interests, they can be the best and the worst days but there is always food to keep us busy.

Yesterday while the Green Bay Packers cruelly teased their fans with early dominance, I was buzzing around a friend’s kitchen preparing some Carne Asada.

What’s that? Don’t live 100 miles from the Mexican border?

Carne Asada is seasoned flap meat, cooked nearly well done and usually served in tacos or burritos. It is best grilled. Serve it with your favorite Mexican condiments. I prepared fresh salsa, chopped avocado and a cheese called queso fresco. Sour cream, shredded cheese and jarred salsa would do just fine. Tortillas too, of course. I now owe you a post on salsas and condiments. Soon. For today we’ll focus on the meat.

Ah yes, the meat. But what is flap meat? So many questions. Flap meat is a cut found in the bottom sirloin. It’s cheap, well marbled (fatty) and very thin. Buy it in hispanic grocers by the pound. The French call it “bavette”, some South Americans call it “vacio”. I call it delicious.  If you can’t find it, use skirt steak or anything you can find that is thin and flat.

See? Easy as pie. Not that pie is easy. Especially if you’re preparing your own crust. 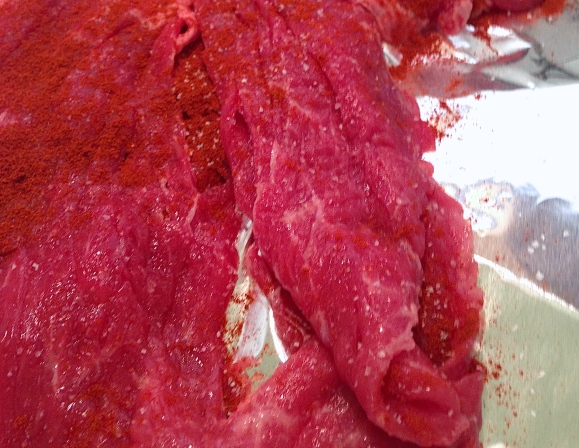 Flap meat is often sold in a bag. Keep it in there for a moment and splash some olive oil on it, enough to cover most of the meat with a light layer. Shake it up, then lay it out flat on a platter or a sheet pan if available. I used foil to keep the amount of dishes down. Sprinkle a layer of salt on both sides of the meat and a layer of chili powder on one side. Repeat this on all the steaks.

Set aside. 5 minutes? Half hour? Overnight? Your call. The salt tenderizes the meat while making it delicious so you do have some incentive to wait. If you’re in a hurry, say you want to stop cooking and watch football, rush this part. No biggie. 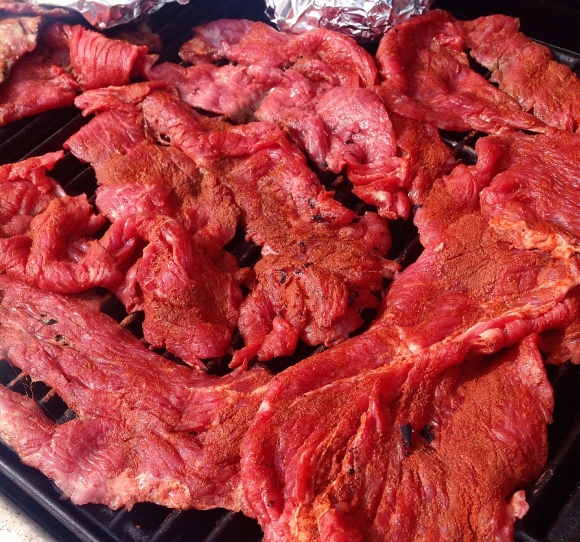 Get your fires hot. Medium high / high on a gas grill, if you’re using charcoal you’re obviously not in a hurry. Get a nice pile of coals going and have a beer. Enjoy your task. Just before you put the steaks on the grill dress with lime juice. Give them a minute. Place the steaks on the grill, add more lime juice and let them cook. You do not want your flap meat cooked to medium rare. You need to cook it so the fat and proteins start to break down. Char that side, flip, add more lime juice.

Chop up your limes into quarters and halves and heat some tortillas wrapped in foil on a less hot part of the grill. It helps to flip the tortillas like pages in a book before you heat them. You don’t want them to heat up and fuse together.

When the steaks are well done and have some burnt edges, pull them off the grill and dice them up good.

Serve with tortillas and bowls of Mexican condiments. Grab a plate. Go sit down and watch the game. 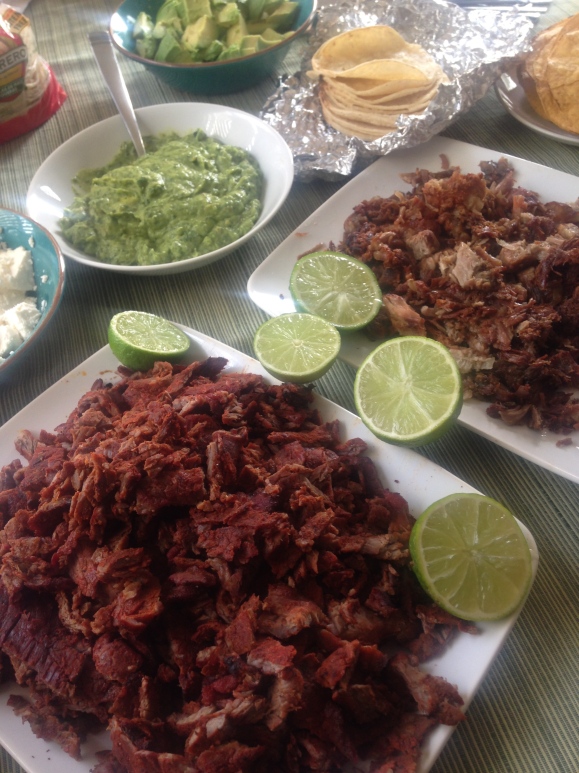 Pay no attention to the carnitas on the right